When you hear Las Vegas, you think of nightlife. Vegas is the prime destination for clubs, casinos, and shows. But the commercial establishments aren’t the only things that keep the city’s economy going. The manufacturing industry within the city has been booming in recent years. Major companies now opt to build distribution centers in Vegas for the logistical advantage the city offers. The geographical location of Las Vegas is practical for distributors. It is less than a 24-hour drive to over forty million consumers. Las Vegas has access to at least five major ports that cater to the Pacific Rim, including the Los Angeles seaport. That access brings much of America within reach and provides a lower cost of freight. Las Vegas also has economic incentives constituted by the state of Nevada. The tax structure in the city encourages new businesses by providing more leniency than other cities. The exemptions include no franchise tax, personal income tax, or inventory tax. These incentives leave operating costs considerably lower for manufacturers in the Southwest. It’s easy to see why the industry has grown as much as it has. As the need for facilities increases, the demand for reliable contractors does, too.

Industrial contractors need to keep efficient production and industry safety standards at the center of every project. While the facility’s functionality matters more than its aesthetics, the right contractor can give you both. We’ve compiled ten of the best industrial contractors in Las Vegas today. Burke Construction Group has served the Las Vegas area and its surrounding regions since 1984. The firm is a family-owned business and licensed as a contractor in twenty-six states. For 35 years the firm has provided its clientele with cost-effective developments and innovative solutions. BGC consistently invests in advancing its technologies to provide clients with a smooth experience. The firm offers virtual design and construction to present clients with more accurate visualizations. It also uses a specific construction software known as CMiC. The software allows for more detailed accounting resulting in the better overall coordination of a project. The team of Burke Construction is led by Kevin Burke, the founder and CEO of the company. Kevin comes with solid problem-solving skills he gained during his time at Kansas State University. The team of experts backing Kevin includes John Travassos. John, the corporate Vice President/Project Executive, boasts advanced LEED accreditation. He holds a LEED AP BD+C designation, a title awarded to professionals leading in green building.

The whole team has stayed busy building a portfolio full of notable projects. These projects include a list of some remarkable clients such as Tesla, the Howard Hughes Corporation, and MGM Resorts. In 2020, the National Association for Industrial and Office Parks rewarded Burke Construction with its Merit Award for its work on the Matter Logistic Center in west Cheyenne. The 727, 926-square-foot development is the epitome of sleek. This modern layout boasts clean cuts and symmetrical molding. Its spacious interior basks in an abundance of natural lighting, with its ceilings are adorned with skylights and walls with strategically situated picture windows. Frank Martin founded Martin-Harris Construction in December 1976. The firm was licensed by the Nevada State Contractors Board not long after, in 1977. Since its inception, MHC has expanded across the southwest. Presently, the firm serves at least seven states, Arizona, California, Colorado, New Mexico, Nevada, Texas, and Utah. The firm is a General Contractor known for its aptitude in self-performance. The firm offers clients a single contract that binds together professionals with diverse trade-specific expertise such as architecture, carpenters, installers, electrical engineers, plumbers, and project managers. This technique helps cultivate cost-effective solutions for clients. The firm’s ability to self-perform affords its clientele additional assurance that both in-house and outsourced trades are held to the utmost quality and coordination. The cohesive execution of each development has led to abundant recognition among award-giving bodies and media publications.

Martin-Harris’ list of notable projects includes the Bachelor Enlisted Quarters Quality of Life. The development consists of 99,200 square feet with 192 rooms featuring some that are ADA accessible. It features spacious indoor and outdoor service and recreational facilities. Its contemporary design integrates a resort-like atmosphere into classic campus fundamentals. The structure’s strategic configuration is designed to maximize solar benefits and promote comfortable airflow. 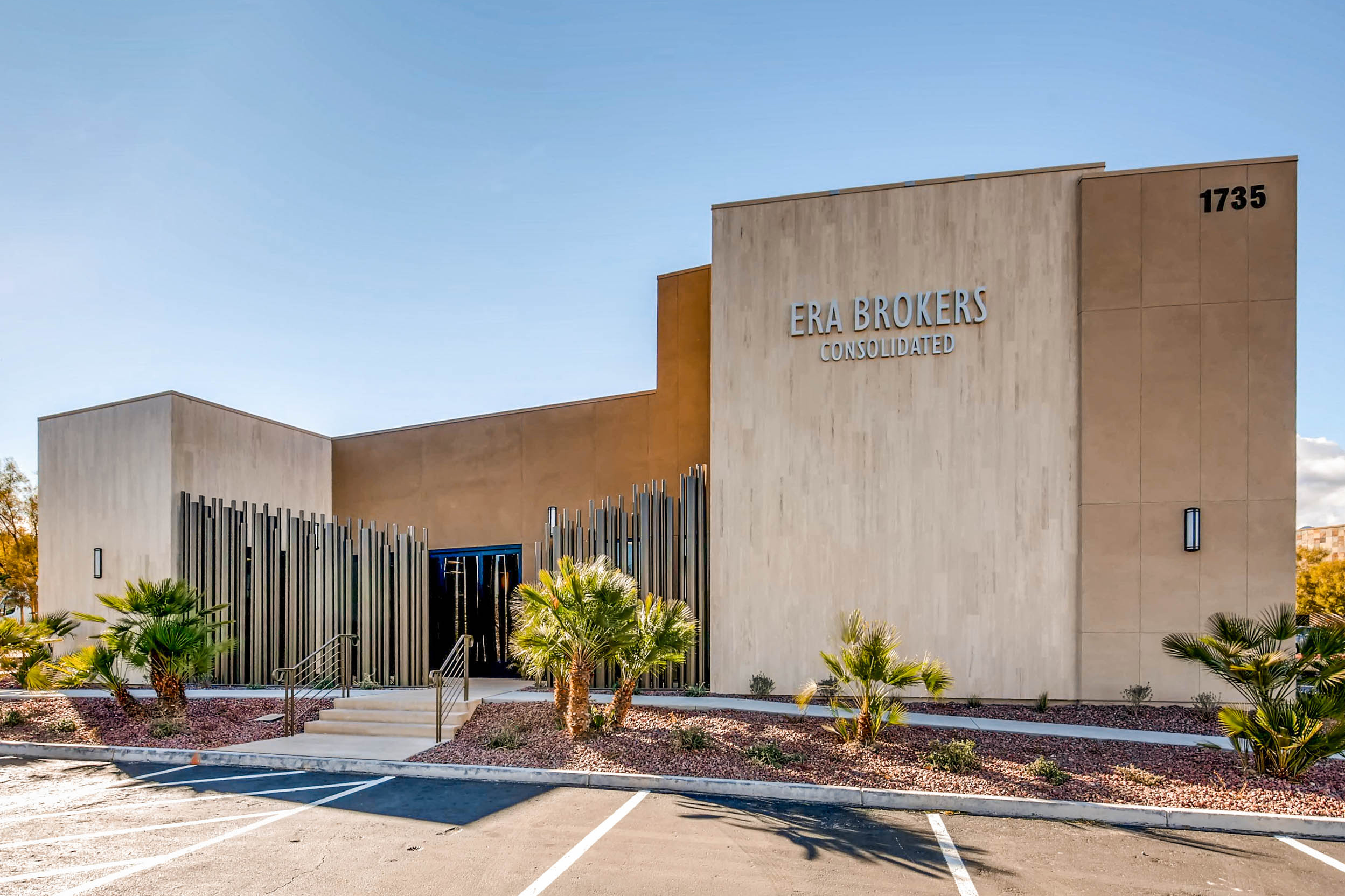 Bob Potter—along with his father, Sammie—founded Affordable Concepts in 1985. For 30 years the firm has pleased clients across the U.S. by developing projects with integrity from start to finish. The firm enacts an Open-Book policy on all its projects for clients and associates. The policy sets ACI apart by operating with extraordinary transparency. The firm maintains its reputation by upholding its main principles: accountability, integrity, and commitment. The team of experts behind ACI works diligently in delivering expert craftsmanship at competitive prices. Bob continues to drive his team as the firm’s president and CEO. Among Bob’s many credits are green building credentials, including a LEED AP accreditation and a Commercial Environmental Certification from Green Advantage. He is also a Certified Healthcare Constructor, a certification only attained by professionals with an in-depth understanding of healthcare construction.

Affordable Concepts is a multi-awarded firm. The NAIOP recognized its work for ENR Brokers in Hills Center North Business Park with its Southern Nevada Chapter Spotlight Award. The structure is a 5,874-square-foot one-story realtor headquarters that features distinctive architectural detailing. Its layout’s orientation provides a courtyard that is adept to Nevada’s sunny characteristics. Upon entry and throughout the building, customers are greeted with panoramic views framed in natural lighting. R&O Construction was established in 1980 by residential contractor Orluff Opheikens and long-time friend Les Randall. In their forty years of working together, the duo has fortified its reputation within the community and the industry. Clients across Nevada and Utah marvel at R&O’s project execution. The firm’s ability to capture its client’s vision with accurate and quality performance consistently leaves a lasting impression. One of its first clients in 1980, Dee Smith, the owner of grocery giant Smith’s Food King, now the parent company of Kroger’s, maintains a relationship with R&O to this day. The firm believes in establishing a close relationship with its clients by maintaining open communication in developing projects its clients can be proud of.

The company is now led by Orluff’s son, Slade Opheikens. Slade is a Brigham Young University alumnus with a degree in Construction Management. He is a LEED-certified professional and continues to integrate sustainable solutions into R&O’s projects. The firm’s work for the Utah State University’s Academic Building in Brigham received LEED GOLD status from the U.S. Green Building Council. The 49,140-square-foot facility comprises four wings, and it is two stories high with structural steel encased in brick and stone veneer. The building features large picture windows and skylights that bring in plenty of natural light. Unlike the typical campus setup, the building’s earth tones combined with its open layout and natural lighting provide students with a breathable learning environment. Sletten Construction, formerly Kleppe Sletten Construction, was established in 1928 by a long-time carpenter from Montana. John Sletten ran the company with limited resources, running operations out of his basement. John’s small company went from executing light commercial construction into partaking in a joint venture in the full development of Butte High School. John moved the company into a real office space in Great Falls, Montana.

In its 93 years, Sletten Companies has managed to accomplish some special things. The firm was given a Pro-Patria Award by the Employer Support of the Guard and Reserve—the Department of Defense’s highest award, granted to civil employers who adopt practices and policies that support their employees in the National Guard and Reserve. The company is also now 100% owned by its employees upon implementing the ESOP 2004. The team strives to benefit each other by cultivating a work environment that inspires and drives each employee to deliver quality and efficiency.

In 2019, the Design-Build Institute of America bestowed its Design-Build National Award of Merit upon the firm for completing Phase 2 of the Clark County Detention Center renovation in Las Vegas. The firm is LEED-accredited and integrates the use of available natural resources in its designs. The Peoria Center For The Performing Arts is a post-modern dream, boasting out-of-the-box architecture with a distinct silhouette and sleek lines. The composite displays minimalism through its exposed-brick features. A nationwide general contractor based in Las Vegas, TEAM Construction specializes in various aspects of commercial construction, including project delivery management and high-end residential developments. The firm provides its services for the industry’s public and private sectors. TEAM houses a management team with over 60 years of combined experience in every aspect of commercial construction. Its team of experts provides pre-construction analysis to ensure each project is executed with only the utmost coordination. The driving force behind TEAM Construction’s success is its founding partners, David Noble and Chance Hibbard. Chance is the company’s chief financial officer. He is responsible for managing the firm’s financial departments. Chance is known for his ability to provide clients and associates with accurate financial forecasts. David is the firm’s CEO; he maintains a proactive approach to TEAM’s projects, whether on or off-site. David leads the firm with his substantial experience and LEED AP accreditation in tow.

The firm has a long list of notable clients. The firm has recently completed projects for the Hotel and Casino industry giants, the Bellagio, the Venetian, and Caesar’s. TEAM executed the extensive renovation of the Venetian Rooftop Pool Deck, measuring nearly three acres. The pool deck combines old-world Italian glamour with contemporary Las Vegas-style. Its lofty columns and noir steel arches over walkways capture the Venetian’s regal quality.

Cobblestone Construction, also known as Benchmark Contracting, Inc. is a general contractor in Las Vegas, and it was founded in 1998. The firm provides full-service options to various sectors while specializing in educational, airport, military, government, judicial, religious facilities, and retail and residential projects. The firm also has a background in green building projects. Cobblestone Construction boasts LEED accreditation and certification by the National Association of Safety Professionals. Raymond Nelson, the company’s safety director, is a member of the International Association of Safety Professionals. Raymond ensures the safety of all persons involved in the company’s projects. The firm’s core values guarantee efficient development by placing the responsibility of safety on each of its employees’ hands and preventing costly delays due to on-site accidents. For the last 23 years, the firm has collaborated with diverse clientele, providing Design-Build services among its multitude of services. Clients seek out Cobblestone’s Design-Build operation as it has proven to be the most cost-effective approach for all sizes of developments.

Learn the about the best architects in Las Vegas. See rankings of the top architects and examples of their work they are designing.

Find out how much your project will cost
We will get you competitive bids from the top architects
and contractors in your area.
By submitting the form, you agree to our Terms of Service.